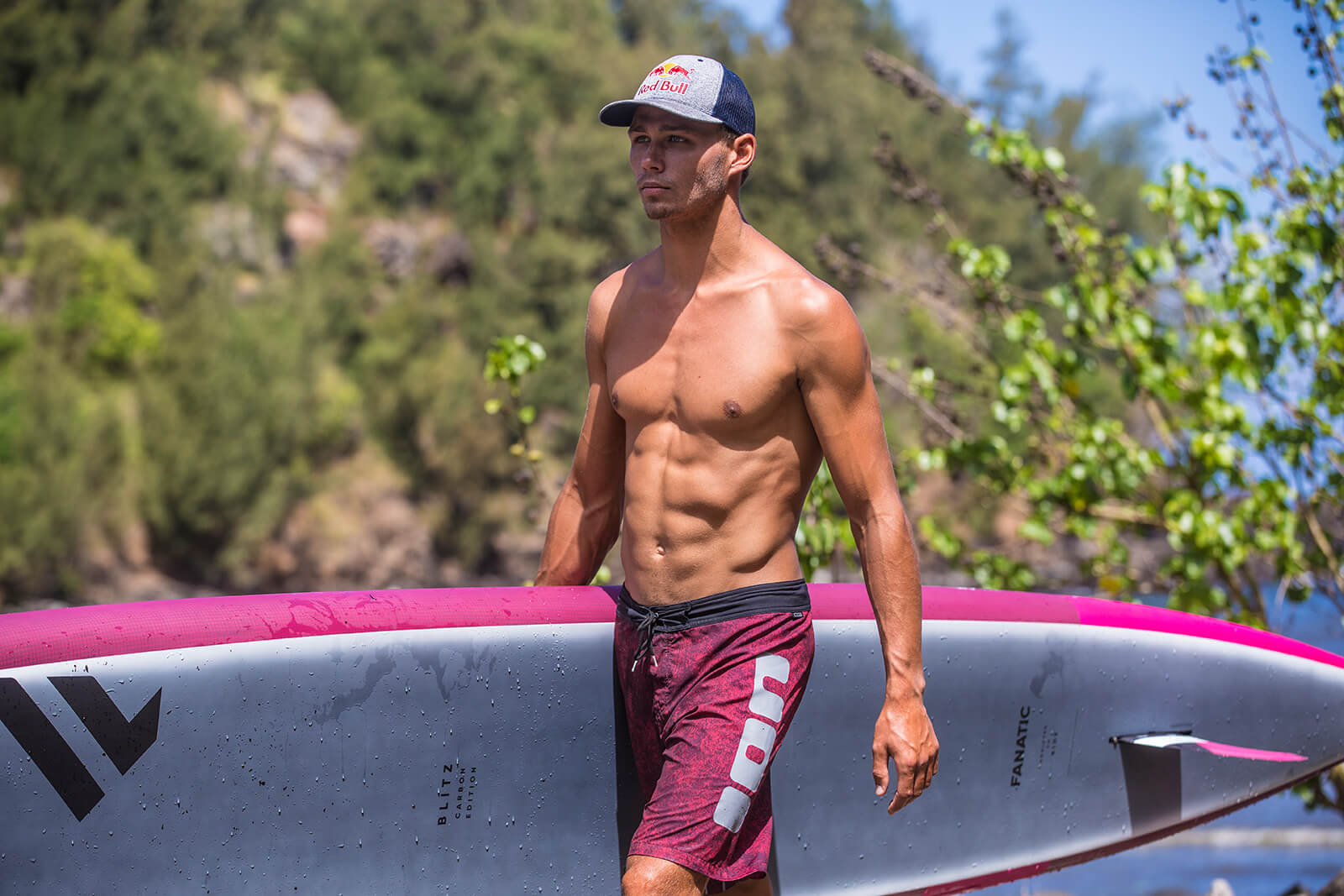 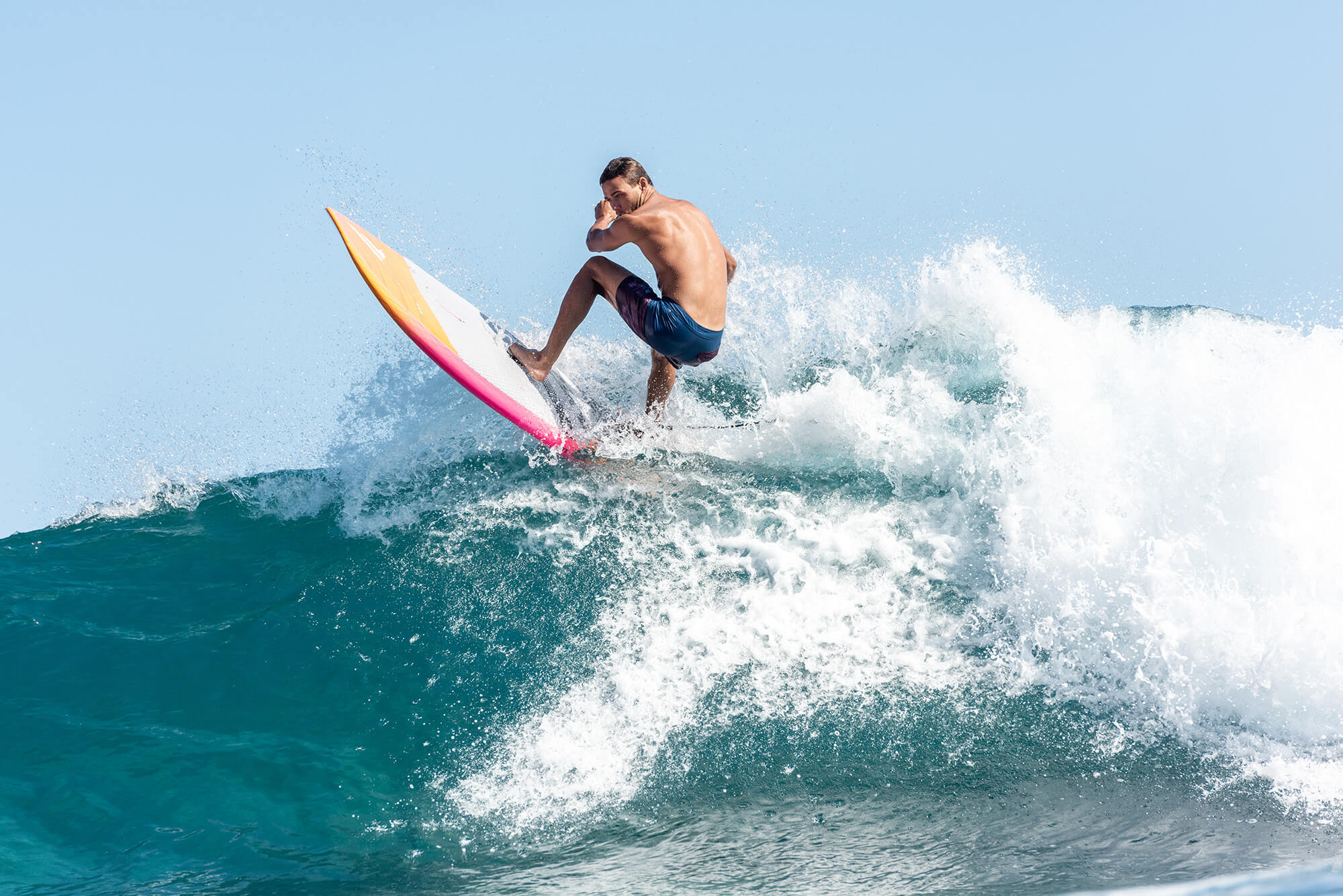 Arthur is our Fanatic French Waterman that you'll see ripping in all different watersports.

Born to a windsurfing family, he is truly addicted to ride, and his multisport skills are just unreal! He is as comfortable winning SUP World Titles as he is landing massive Double Forwards in windsurfing or 360 in Wing Foiling! No matter the conditions, no matter what sport, you'll find Arthur pushing his limits in the ocean because that is what makes him feel alive!

Despite the strange times and travel restrictions, you have been able to maintain a complete and very strong training season. Where have you been training these last months?

I haven’t been locked down anywhere really, it was a bit difficult to go to Maui though, that’s why I ended up going to Mexico with Marc Pare for 2 weeks before continuing to Maui! But I can’t complain, I’ve been going in the water all the time! I’ve been training as usual and was lucky enough to travel a bit: Tenerife, Mexico, Maui for a while and lately back home in Brittany, France. We did a few Stand Up Paddle races in Europe and my latest trip was to Gran Canaria, in July.

You have an amazing level in SUP Race, SUP surf, windsurf and wing. Which sport have you been practicing the most lately?

Thanks, haha. Lately I have been windsurfing a lot, conditions have been epic at home in Wissant, but before that, mostly SUP.

Do you set individual goals for each sport?

I mostly have goals for SUP Racing and Windsurf so that’s where I put my focus on training but I’m super competitive so I always try to give my best whatever the sport I’m doing. If I have the opportunity to compete in other sports too, I always try to push myself the most, that’s how I have fun.

How do you organize your trainings when the sports overlap in terms of wind conditions?

It is not easy. When they overlap I just try to do both! Or I look at the forecast to see what will be happening the next few days and I choose the one I won’t be able to do then. So, I mostly go with the conditions unless I have an event coming up soon, in which case I’ll focus on that sport.

How do you keep so fit?

I mostly do water sports a couple of hours every day, and sometimes, I try to mix it with some workouts. Running or biking mostly, depending on the weather. I also try to listen to my body to not overdo it either.

Competing in different sports and on different tours, you spend a big part of the year traveling…

Yes, the travel organization is the most tiring. Dealing with all the gear when travelling is not easy. I usually travel alone but I’m always meeting with friends and competitors, so it’s quite fun. I’ve been doing it for a while and I have gotten used to it. But for sure it is nice to see family and friends after a long trip :)

There have been many cancellations in all sports and tours the last two years, how did it go for you in the International SUP events celebrated so far this year?

The Eurotour already had a couple of events and I did a few of them, in which I finished on the podium. But I’m more focused on the APP World Tour, which should start in October!

Do you also do the National French Tour?

I do national events as well. I finished 2nd at the Pornichet Paddle Trophy in Brittany back in June and we had a Eurotour in France too. I’m trying to organize my calendar with all the different SUP and windsurfing tours.

What event are you looking forward to and why?

I’m super excited to do some more APP tour stops, it looks like we will start in Hawaii, so that’s awesome!

After being the APP Overall World Champion in 2018, what are your goals for the future?

I finished as the Vice World Champion in 2019 behind Casper Steinfath, after winning in 2018. I’ll work hard to get back on top hopefully and get another world title!

In SUP Racing, what is more exciting for you? Beach Race, Race, Downwind, Sprints?

What is the best board and why?

The best board is the one you feel good on. For me that is the Fanatic Blitz, it fits most of the conditions and I know the board super well. Sometimes it’s better to have a board that is a little more stable but not as fast where you can focus on your strength and paddling rather than focusing on the stability.

What is in your opinion the best place to train for all the SUP disciplines?

Anywhere really, you never get the same conditions twice, lake, river, etc. They all have specificities, the best is to go to the event before and get used to the place where you’ll be competing.

Your partner to train or SUP surf with?

I’m a bit more of a loner with SUP. I like to focus on myself and get into some rhythm, so I usually do it by myself.

How popular is SUP in France? Where in the world have you seen the best SUP atmosphere?

It’s quite popular in France and the level is really good so it’s really motivating. I really liked the atmosphere in California with the beach race there, it was amazing and the conditions were really fun.

In these last two years of pandemic, what lessons have you learned?

I guess to enjoy what we have and to take advantage of the opportunities we have for practicing sports, being healthy and traveling to beautiful places.

Some SUP training at home and races in Europe, hopefully with some good windsurf conditions mixed in, and then to focus on the APP World Tour to hopefully go back on top.

I think with these times I’ve learnt to not expect much and kind of go with the flow. Hopefully everything will get better and better for everyone and that’s what is most important.

A dream for you?

I’d love to make more amazing windsurf trips to crazy locations and with waves, hopefully it will be easier to do all that soon! 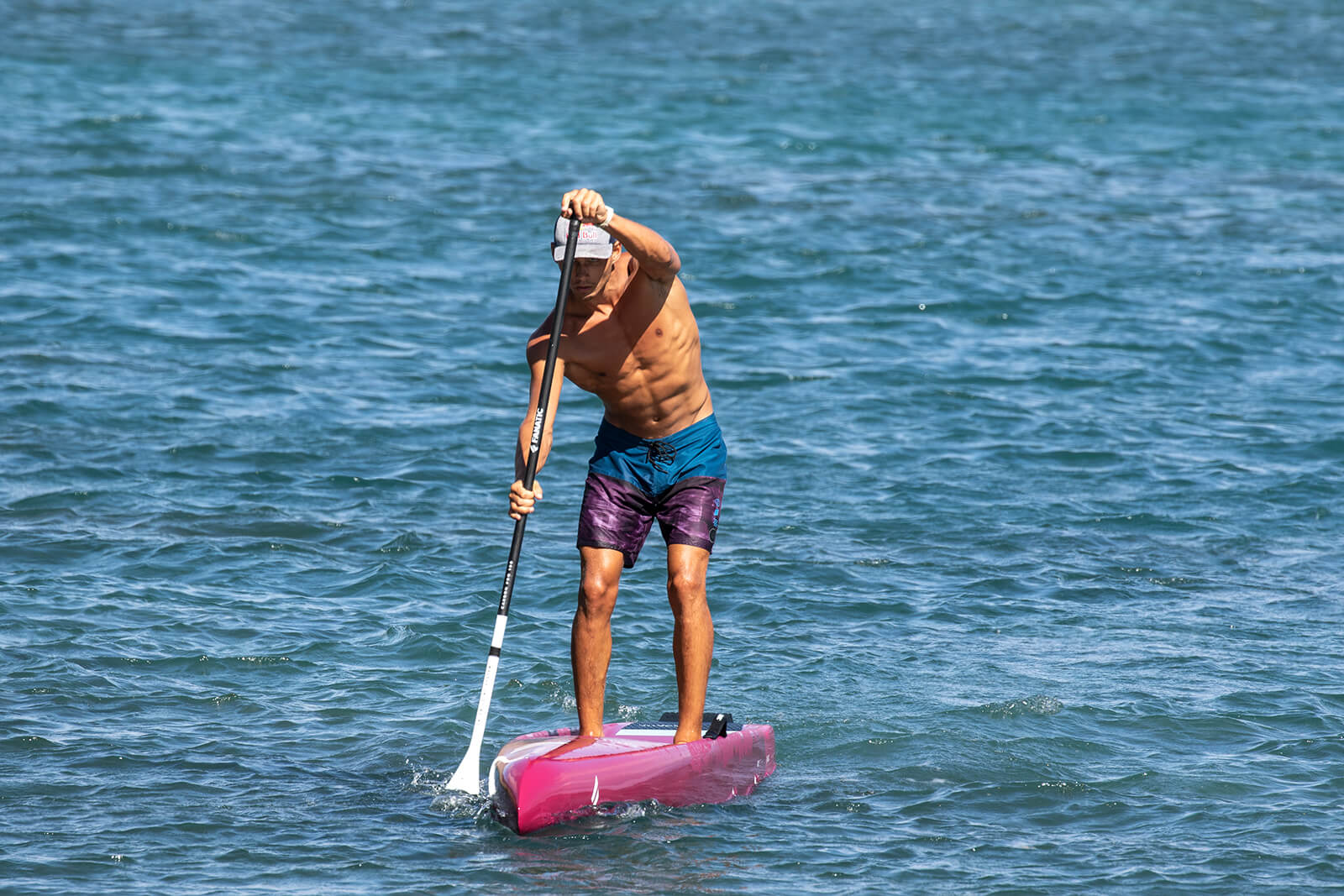 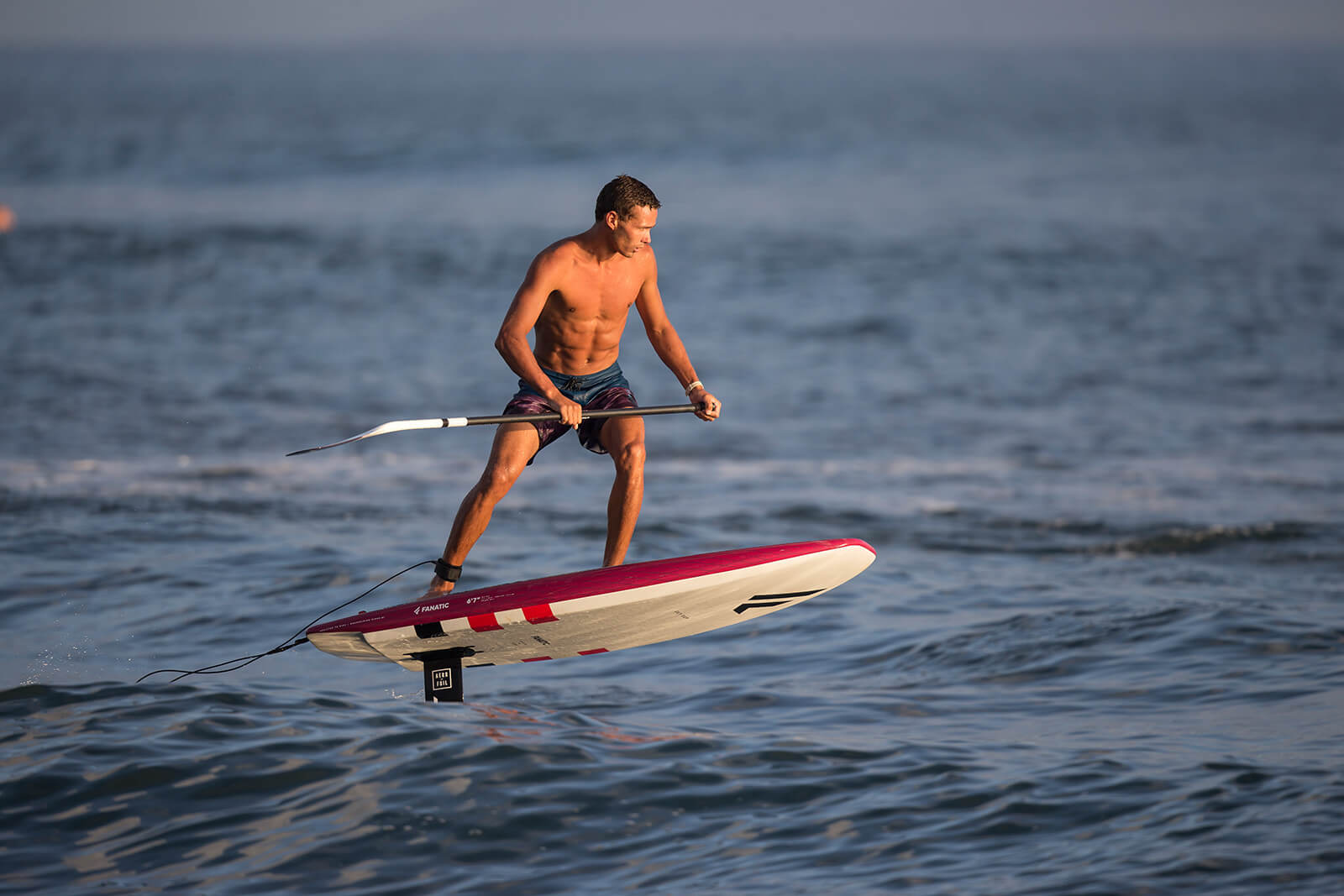 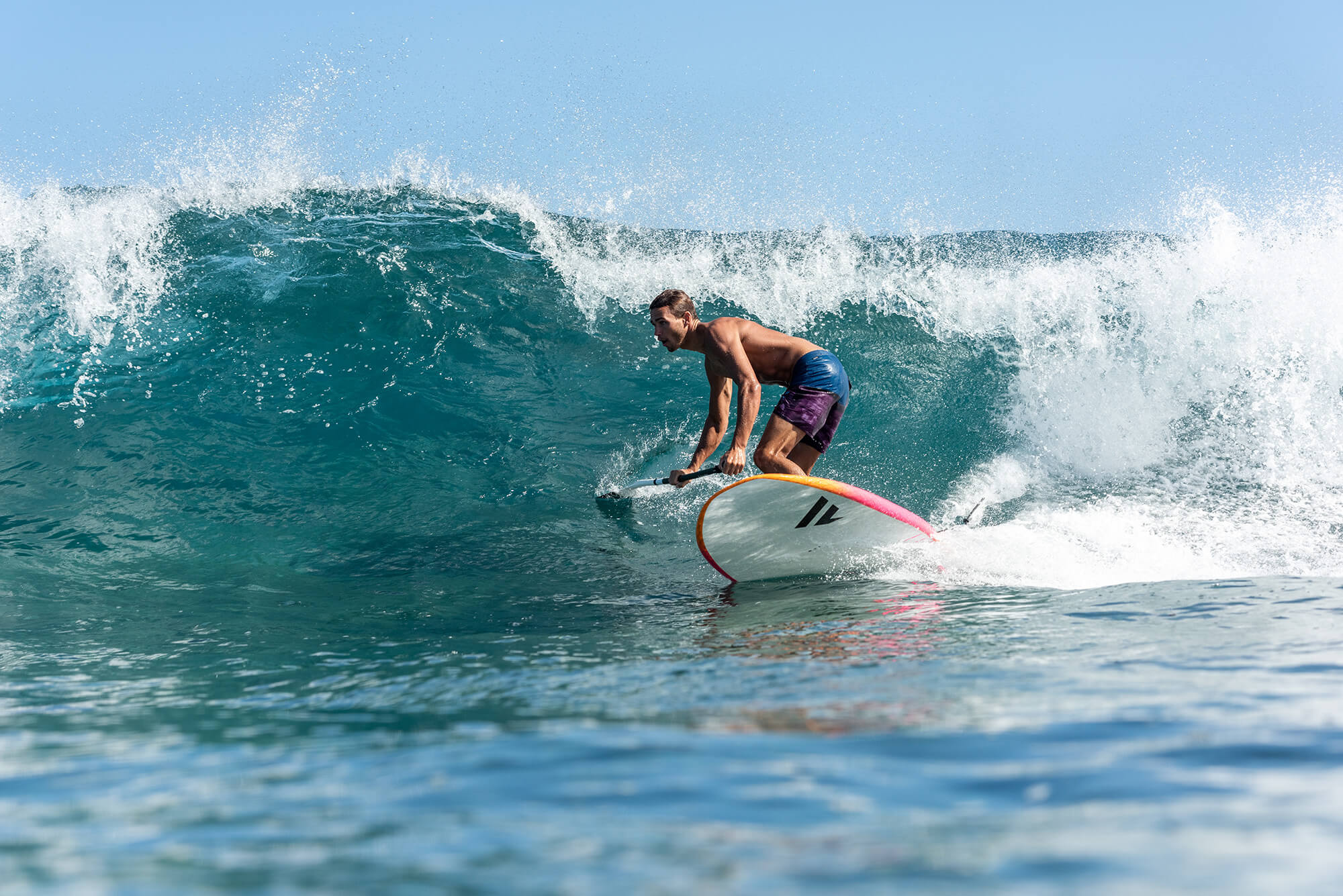 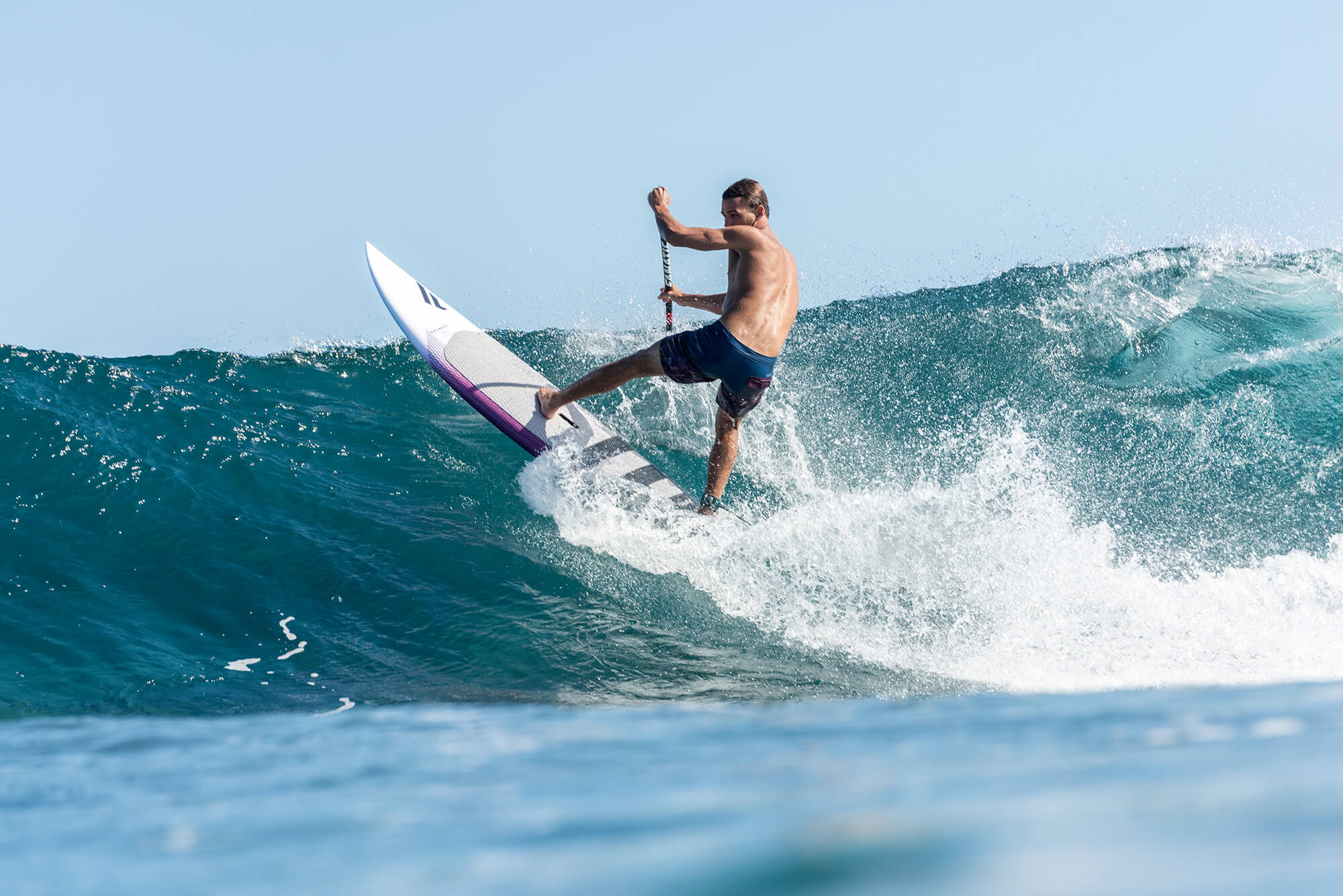 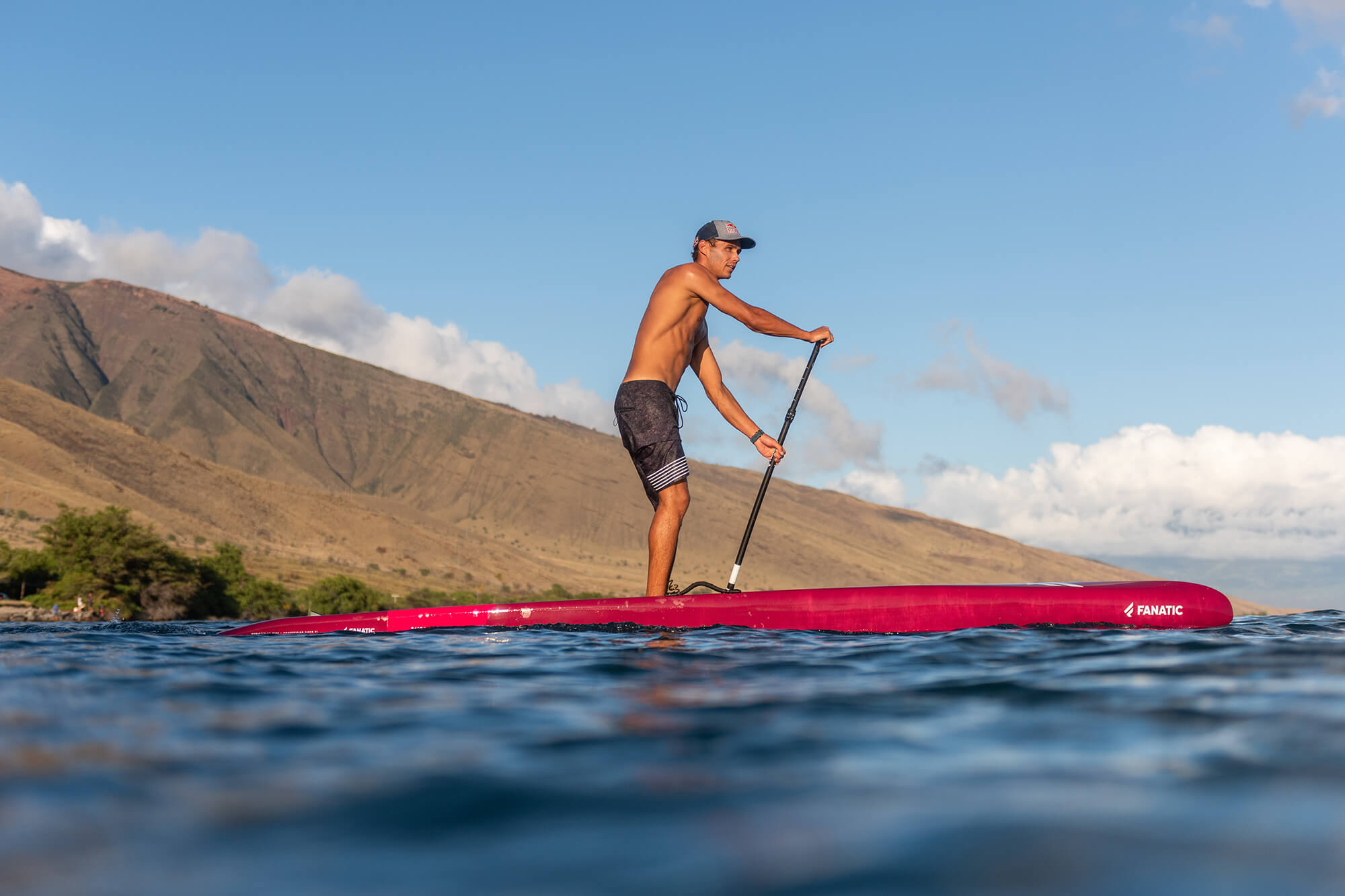