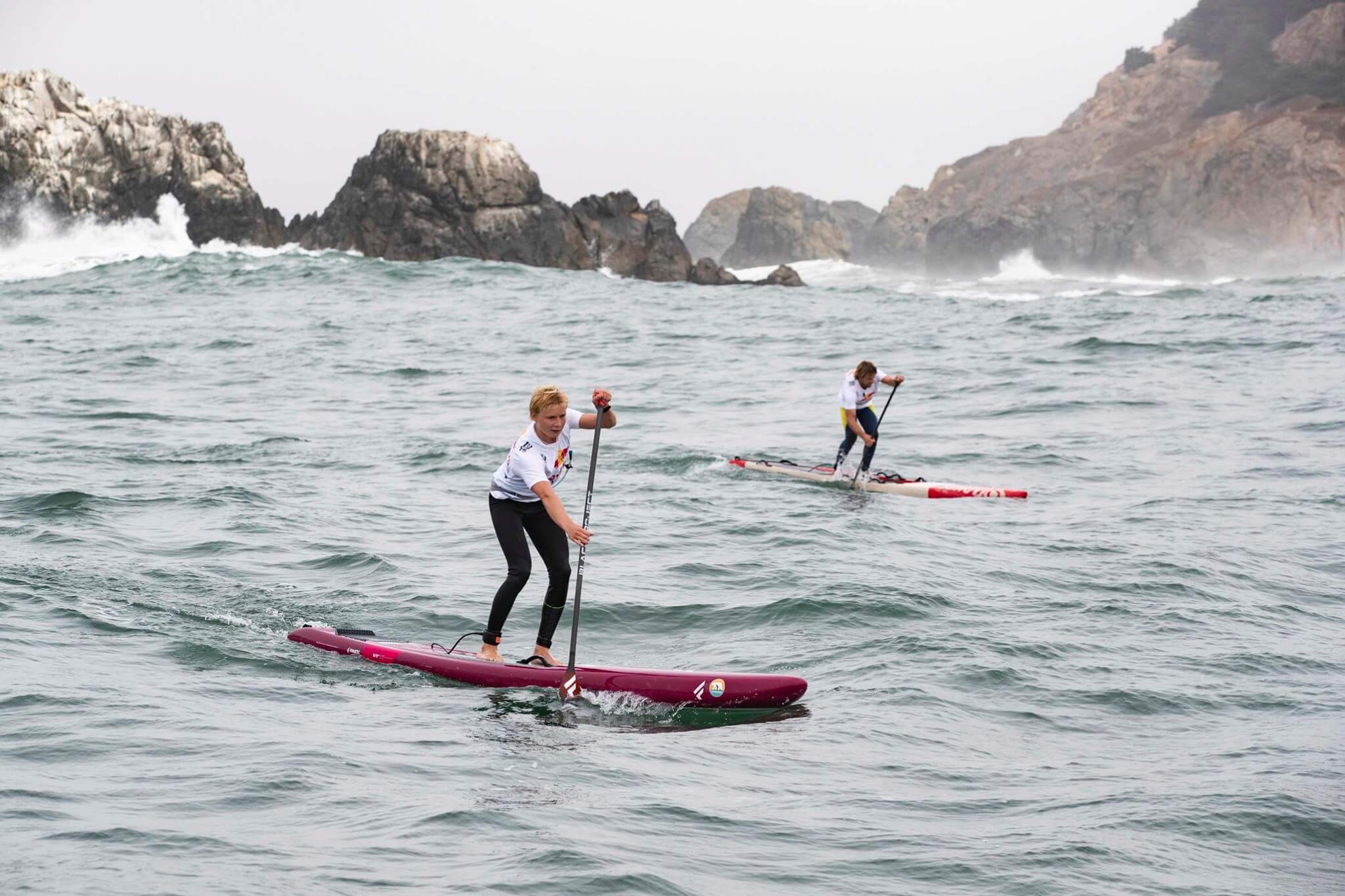 Christian Andersen, our young talenT FROM DENMARK finished 4th at the Red Bull Heavy Waters IN SAN FRANCISCO, which was quite a big step for him! Read his Personal report about this extraordinary event hereafter!

Red Bull Heavy Water 2019 definitely lived up to its name. With a green light call being sent out to all athletes 5 days prior to the event, one of the first big winter swells was lining up to be big enough for the minimum 10 feet to run the race. I was happy to already be in California a bit before the race, to prepare and get in a couple of sessions at Ocean Beach. I was really excited about this race and felt really confident going into it, I was ready to go out there and give it my all, and have a lot of fun at the same time.

We checked in, the last briefing before the race and prepared all our gear the night before the race, big wave leash, double leash string, good wetsuit, impact vest in case, jersey, hydration, wax, etc.. This year was a bit different from previous years, where we started at Ocean Beach and then did the long distance towards the Golden Gate Bridge. Doing it the other way around meant we had to paddle a long way up current (and upwind) before we even got to Ocean Beach and then do the hardest part in the waves at the end. This way makes it more exciting because anything can happen in the waves and all the placings can change last minute, but it also makes it way harder because when we get to the heavy surf, we have already spent a lot of energy doing the long distance to get there.

The start horn went off a little later than expected due to some technical difficulties. This meant that the tide was coming in strong and the current we had to paddle against was really heavy,the wind started to pick up as well, and the fog was starting to come in with it. I had a really great start and got into a good rhythm in the front pack with Connor Baxter and Mo Freitas leading us towards the Golden Gate Bridge.

We had to do a loop at Golden Gate, there is wave breaking at Fort Point (under the bridge) when the waves get big. As we got closer to Ocean Beach the fog was really heavy and it made it hard to see the waves, at that point, we could only feel some big bumps rolling in and then smashing into the rocks.

We paddled upwind/up current for allmost 2 hours and I started to feel excited and nervous, but got some new energy at the same time. The water was heavy, you could feel it from the first stroke and there was definitely a lot of power even in the smaller waves we had to get our 14 feet boards over. When Ocean Beach gets big there are two breaks, the inside which is a really hollow heavy wave with a very short period between the waves which makes it extremely hard to find a way through, there is so much current and water moving and each time you try to get over a wave you get pulled far back again. Then there's the outside break which is very big but not as hollow if you make it past the inside break, you really need to time it right so you don't spend a lot of energy sprinting out and then get a big set on the head.

After the last lap I ran far up the beach, nobody around me. I saw the channel out from the beach, but it's hard when the ocean is constantly changing. Out of the fog heading towards the last buoy, I met Zane Schweitzer, he made up a big gap in the waves and we paddled and chatted to the last buoy, his legs were cramping up as well. I was able to catch a wave in front and sprint up the beach to finish in 4th. place behind Mo Freitas in 3rd, Arthur Arutkin in 2nd and Casper Steinfath in 1st - well done to all!

What a race! So happy just to finish that and in 4th place with so many big names. Thank you APP World Tour / Red Bull and The Safety Team for putting on another great event! 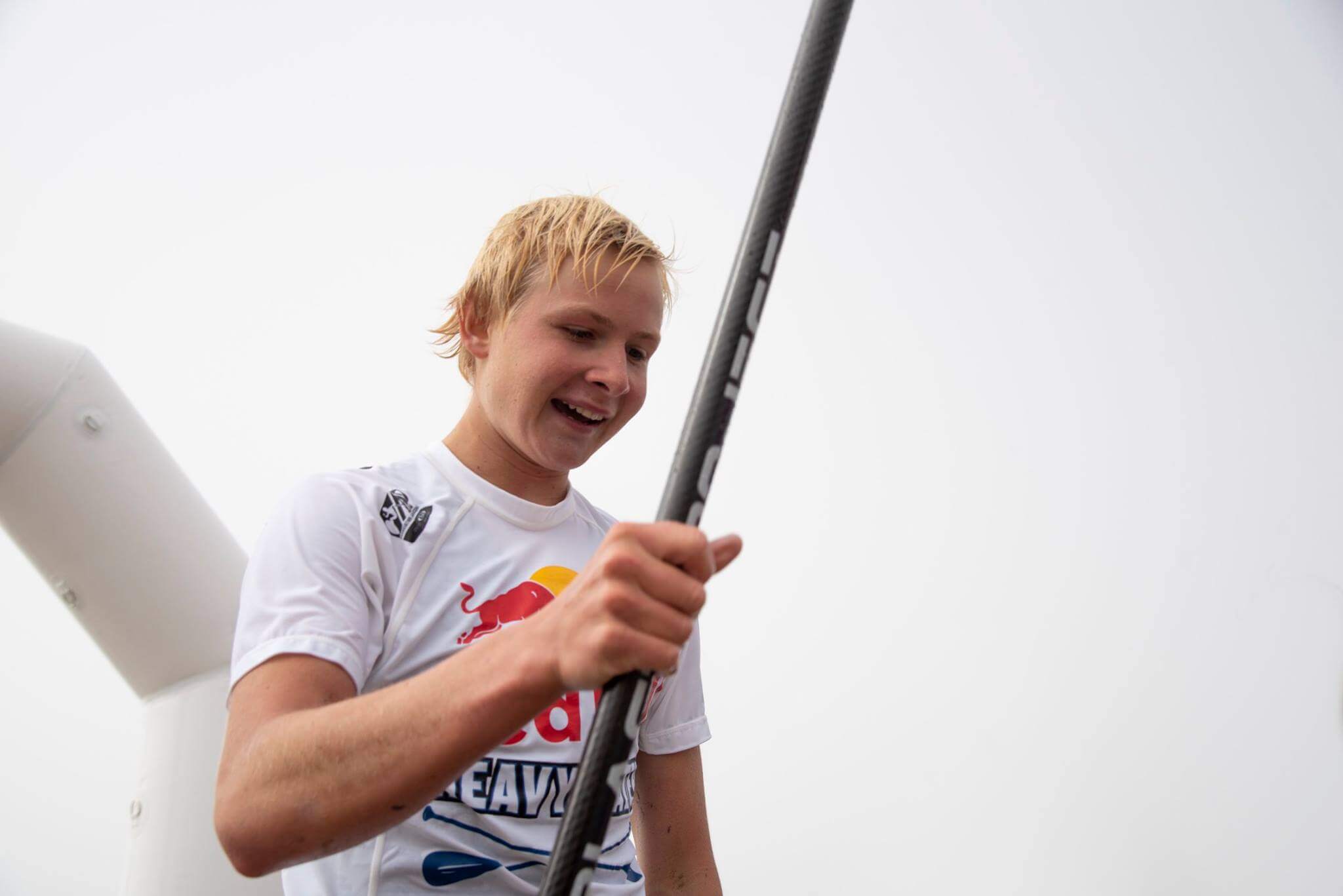 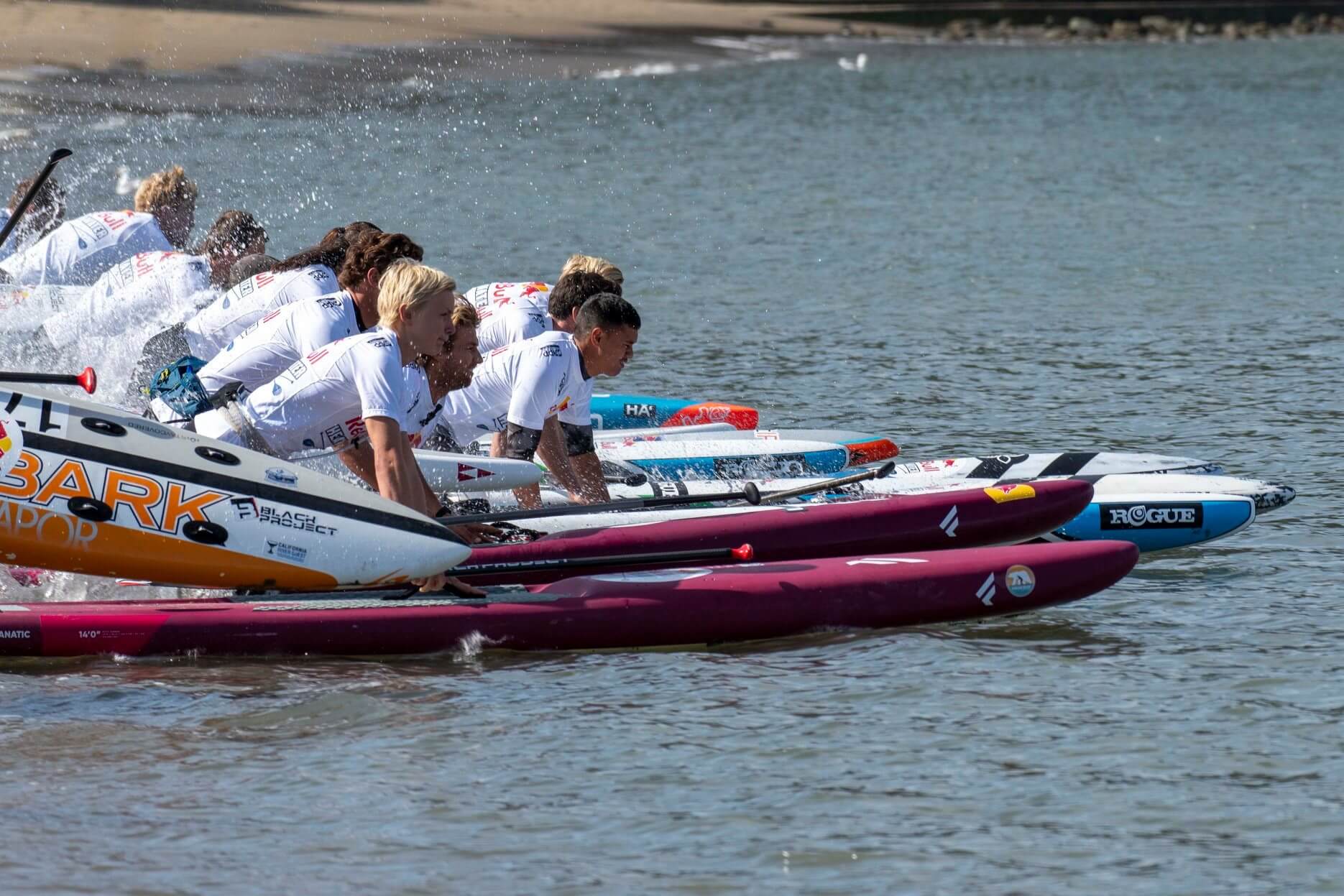 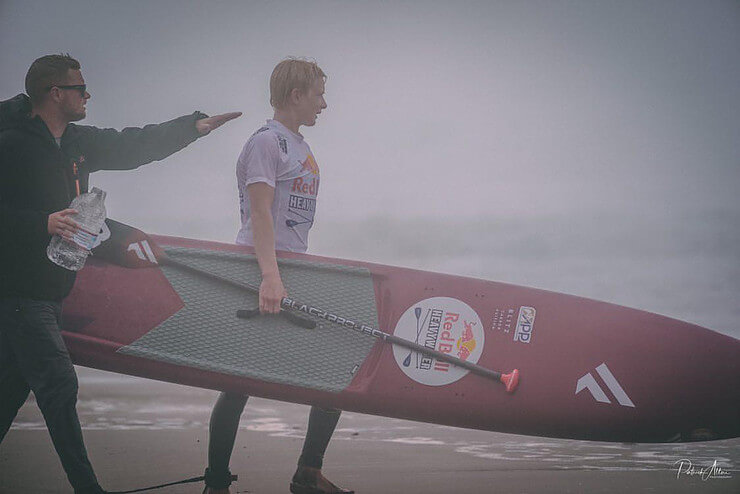 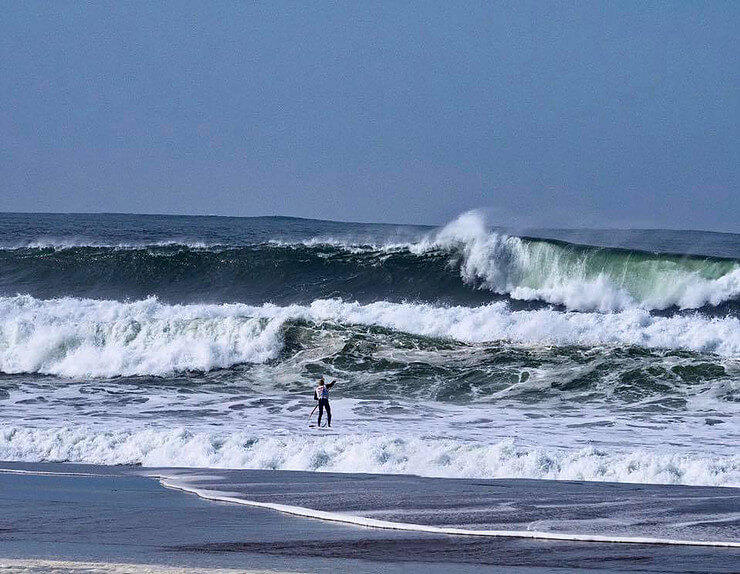