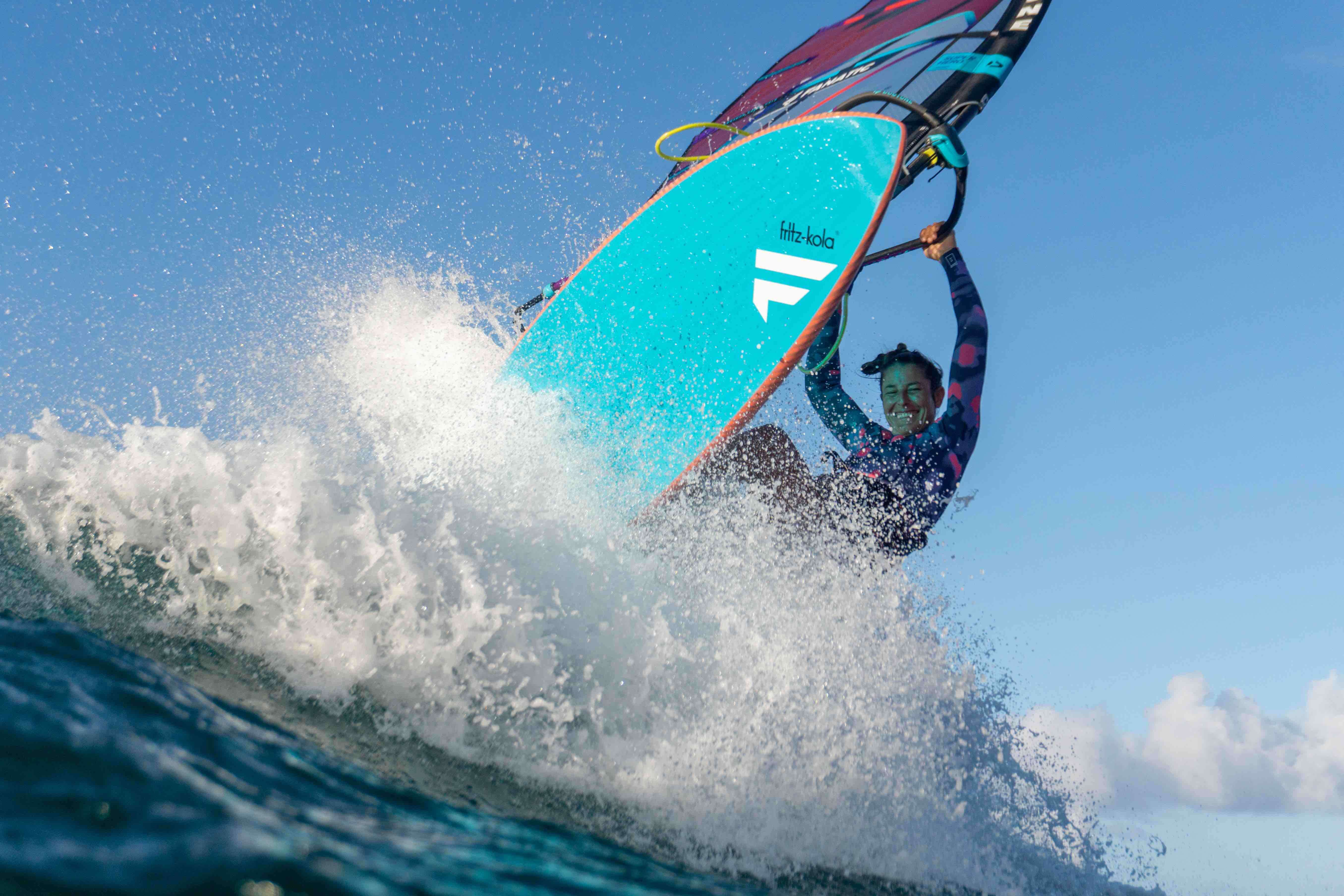 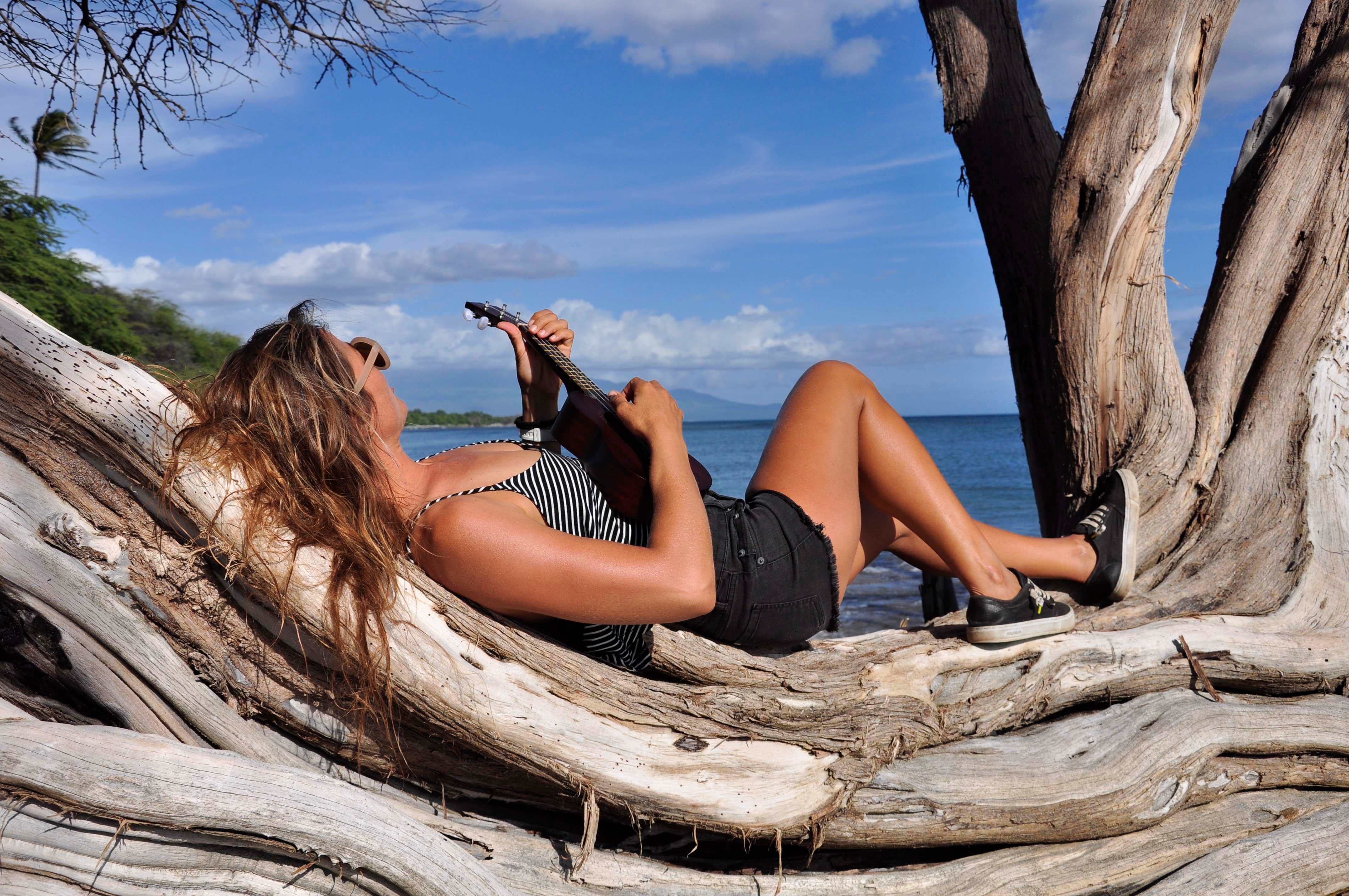 After the last two years of not being able to travel so easy, Maria Andrés is very happy she finally made it back to Maui! Read more about it hereafter:

Maui has always been one of these places that I always loved to return to, the perfect spot to spend the windy and wavy seasons in the spring and fall. It’s somewhere I love to be and where I feel myself. Its nature enchants me like nowhere else. From its waves to its landscapes, so different and varying on such a small island. There is no doubt that it is a truly magical corner, that even though my wanderlust always pulls me to discover the world, I always long to return.

My last trip visiting this island was at the end of 2019, after winning the IWT Tour, an incredible year full of travel and dream conditions around the world, culminating at my favorite stop on tour, Ho’okipa, Maui.  In March 2020 we were all set to return, until the world was shut down from one day to the next and we found ourselves “trapped” in Spain. I must confess that we did end up quite enjoying ourselves and spending plenty of time on the water, but after a long 2 ½ year hiatus from visiting my favorite place on earth, I was in desperate need for some of that Aloha that I missed so much.  Now that we were finally heading back to Maui, the question was, were we going to find it changed since our last visit?

Maui, the land of whales and rainbows, home to an immense crater, land of tomatoes worth their weight in gold (not good if you love gazpacho, haha), but where macadamia nuts sag from the trees…  Where golden pineapples sprout from the ground, yet where so much else comes in by ship… Comes and sometimes goes, like all of the rental cars on the island for example, that after a couple of months covered in spiderwebs at the beginning of the pandemic, were shipped back to the mainland.  Once tourism to the island resumed, there was not a rental car to be found anywhere on Maui, and prices soared through the (sun)roof.  Private car rentals were the right business to be in at the time!  Stepping off the plane, you definitely notice that prices have increased - imagine that Mana Foods, everybody’s favorite organic supermarket in Paia, no longer feels so expensive! haha.

For me, Maui isn’t just a mythical must-visit spot to check off the bucket list.  It’s about the people, meeting up with teammates and running into old friends, the kind of friends that you don't see for 5 years and then you meet as if time didn't pass. It's about scoring those rare uncrowded Ho’okipa sessions and sharing waves with just a few friendly faces… and those sunsets from up on the cliff overlooking our favorite playground. Maui is SUPing along the amazing coast decorated with double rainbows, while humpback whales pass by your side. It is a whole package of experiences that year after year have filled me with great memories and have become part of the definition of Maui for me.

On arrival, I noticed that some of the faces at Ho’okipa have changed.  A few of those you would see everyday have caught the Wing bug and are now down at the harbor, and have been replaced by a new generation of young, motivated sailors!  The locals and pros continue to sail with the same determination and motivation as years past. Sailing together with Brawzinho, Graham, Ricardo, Victor, Marc, Sarah Hauser or Kai Lenny is an experience in itself! As a novelty, many legends of the sport that we haven’t seen so often in years past are back and ripping harder than ever!  Sharing sessions with Francisco Goya, Angela Cochran, (smiling) Josh Stone, and (legend) Jessica Crisp is just amazing!

On the beach, we have often heard from the locals how nice it was for them to be sailing uncrowded waves during the pandemic, when (us) tourists weren’t able to come. Here, they definitely experienced the pandemic much differently from us, and were able to take full advantage. And yes they did! During these two years, some of our Maui friends have sailed Jaws for the first time! While wing foiling has definitely found its home on the island. Also, many young “up-and-comers” are now full-fledged pros. Young surfers tired of surfing wind-blown waves have turned their focus to windsurfing, and believe me, after these two years they are almost ready to compete in the big leagues!  The level of the local “intermediate” windsurfer has also jumped up significantly!

For its part, Ho’okipa (our everyday routine) is still as fun and challenging as ever!  It’s rocks are still there, believe me! haha.  The wind, however, seems to have been accumulating to get ready to blow all at once!  Never have I sailed here in such strong winds!  Since I arrived, it’s been blowing 3.4 from morning until sunset, for one month straight!! And I thought I was escaping from Tarifa winds, hahaha. It’s a completely new experience for me here - if Ho’okipa was already a challenging and variable spot, the wind strength brings a completely new dimension to the conditions to practice in.

Although there are new faces in the lineup and some familiar ones flying a different flag (changed sponsors), there are many things that haven’t changed and makes Ho’okipa be Ho’okipa, and Maui be Maui. The rainbows, which must be stuck on with velcro and never move, are still the living image of the island!  The volcano is as imposing as ever, and the turtles poking out their heads to say hello are still there in the channel.  As is the shorebreak, where timing is even more crucial than riding waves, haha, ready to greet you as you step off the beach, and not willing to let you go home as you come in after your session, running up the beach and almost tripping over the Monk Seals, because they also keep coming back!  Jimmie Hepp is still under the tree in his “office” with his huge telephoto lens ready to capture all the action, as is Ferdinando, who you’ll still find, when not on the water, up on the guardrail analyzing every waveride.  In the parking lot there are plenty of smiles, and plenty of pickups packed with gear - among them, two giant ones tend to stand out, none other than Kai’s and Robby’s!  Down in Kanaha, the “Friends of Kanaha” are still rocking their treasured boards every day, and at Thousand Peaks the best happy surfing is always accompanied by the most amazing sunsets.  And for the windless days (not many so far! haha), there are the waterfalls on the way to Hana to offer some adrenaline rush on those jumps!

I found Maui just “a bit” (a lot! haha) more windy, but definitely as beautiful as always. It is still one of my favorite places on Earth. I still have a week left in this paradise, and I want to savor every single minute!

Maui, I have missed you so much! 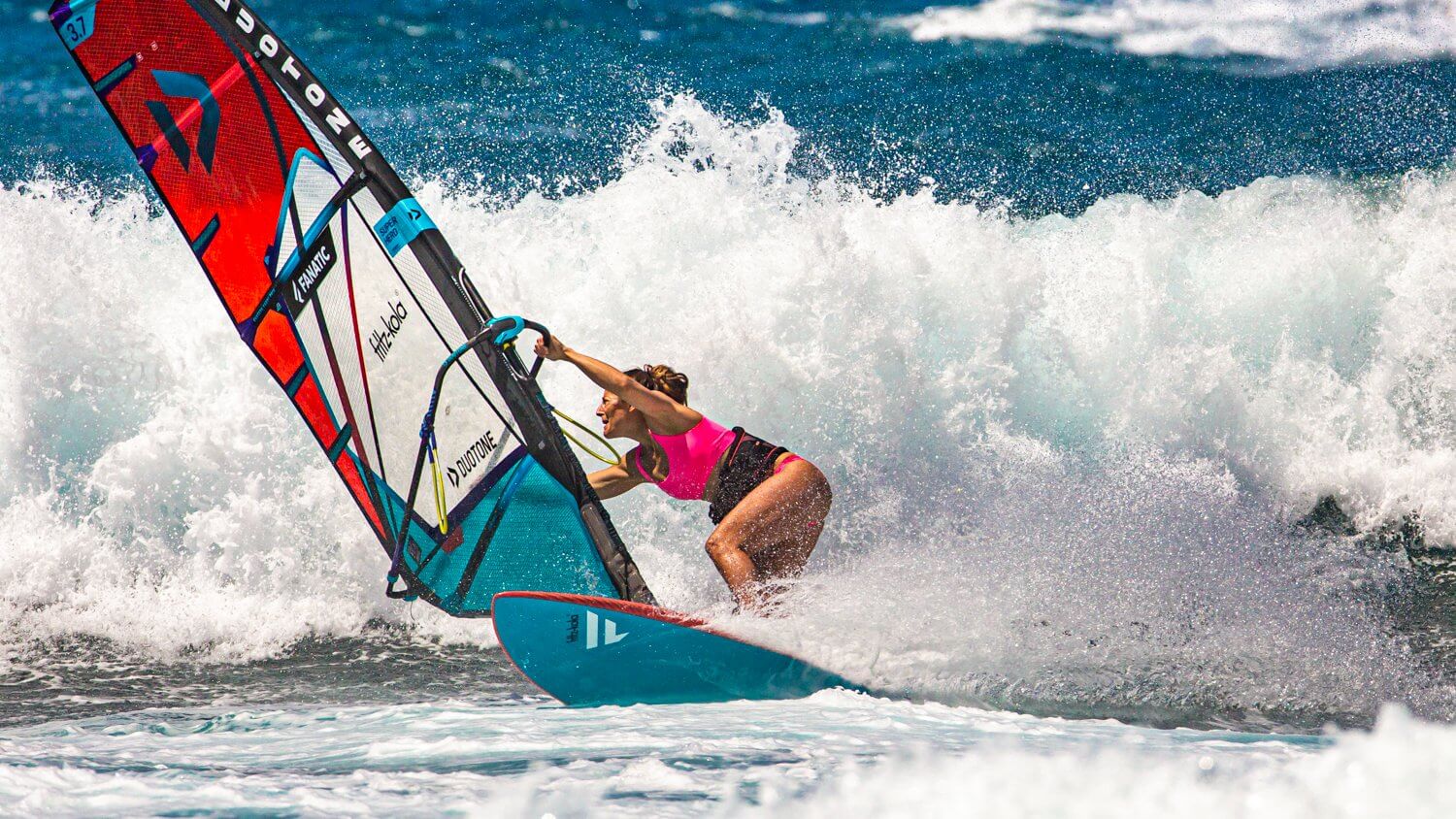 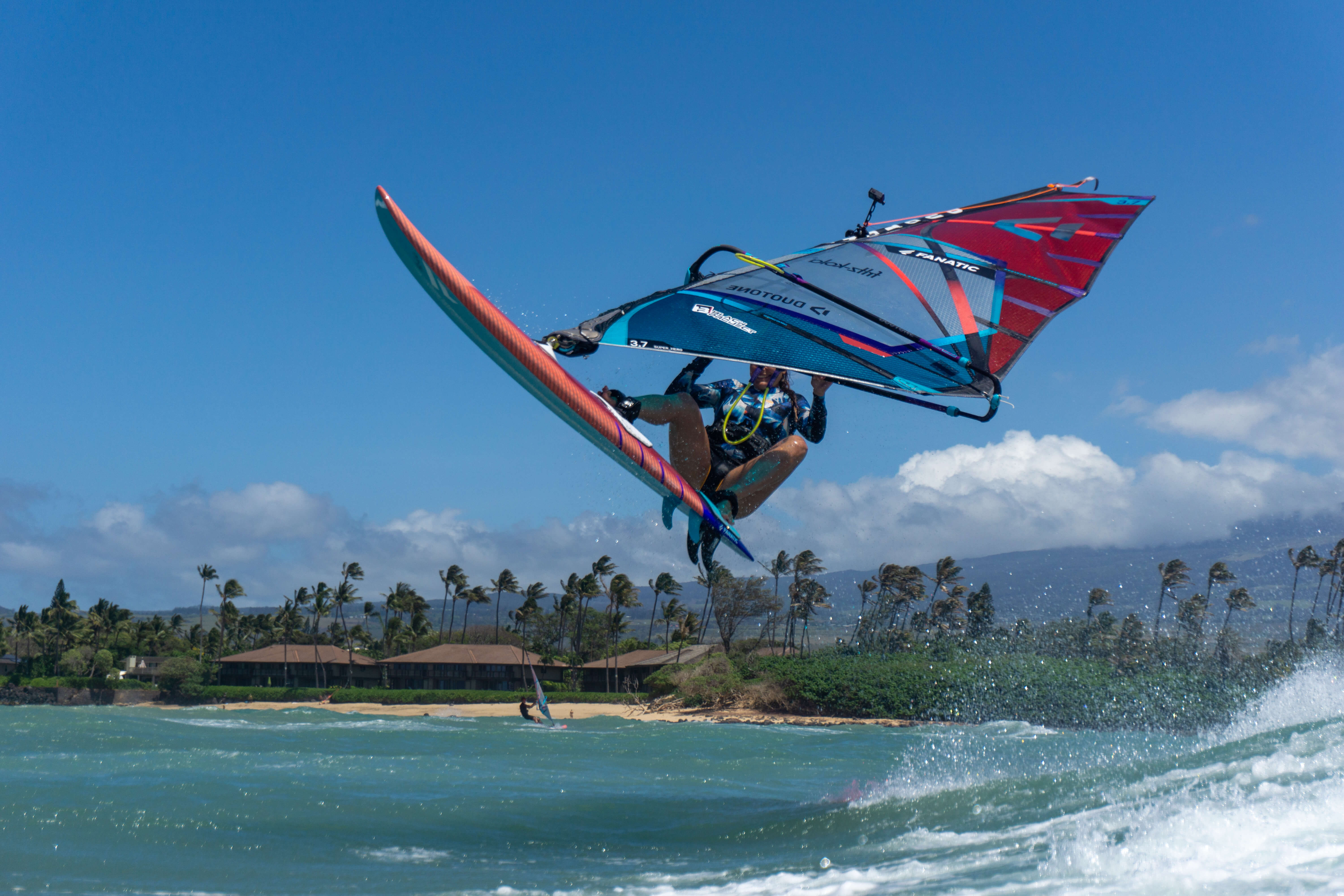 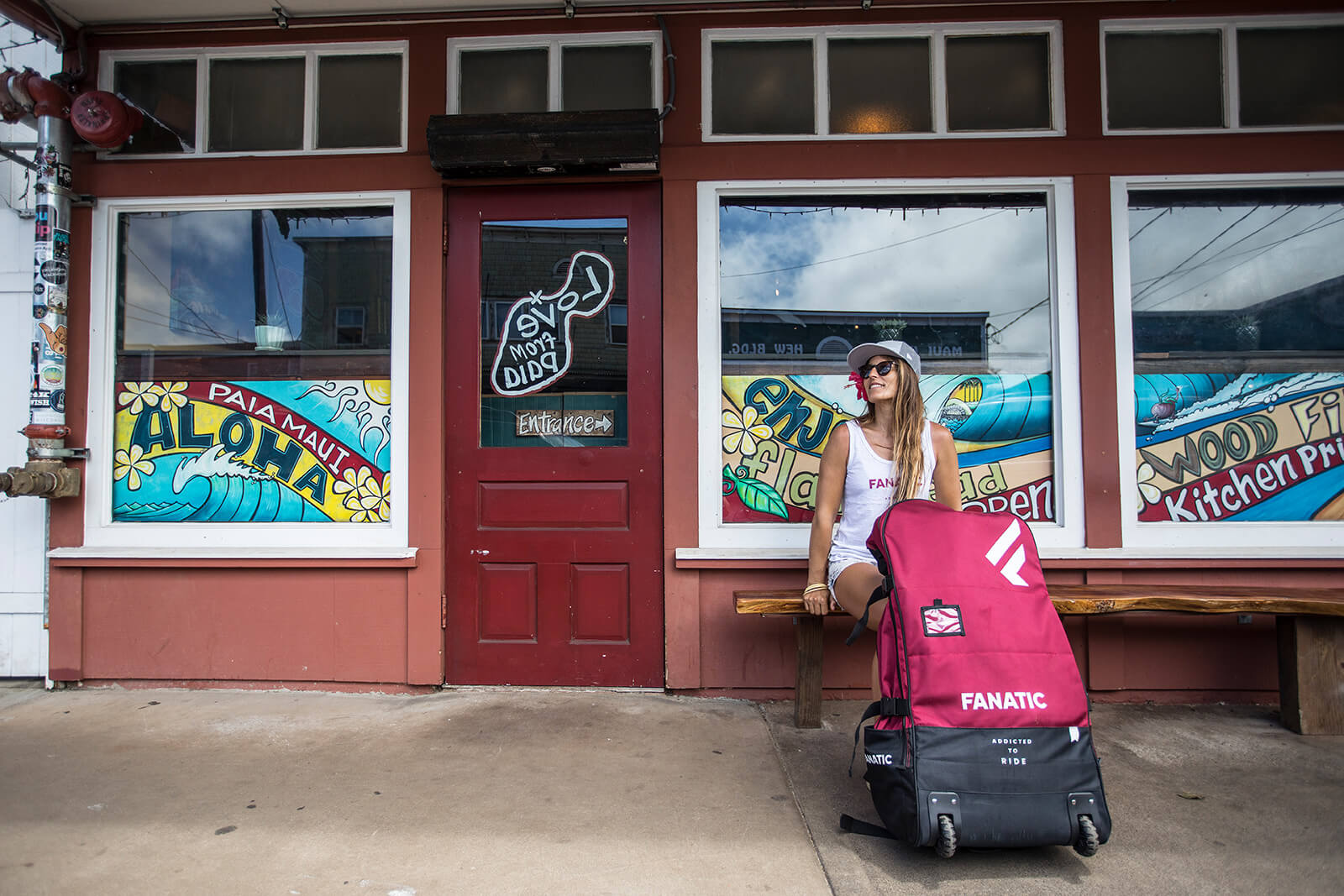 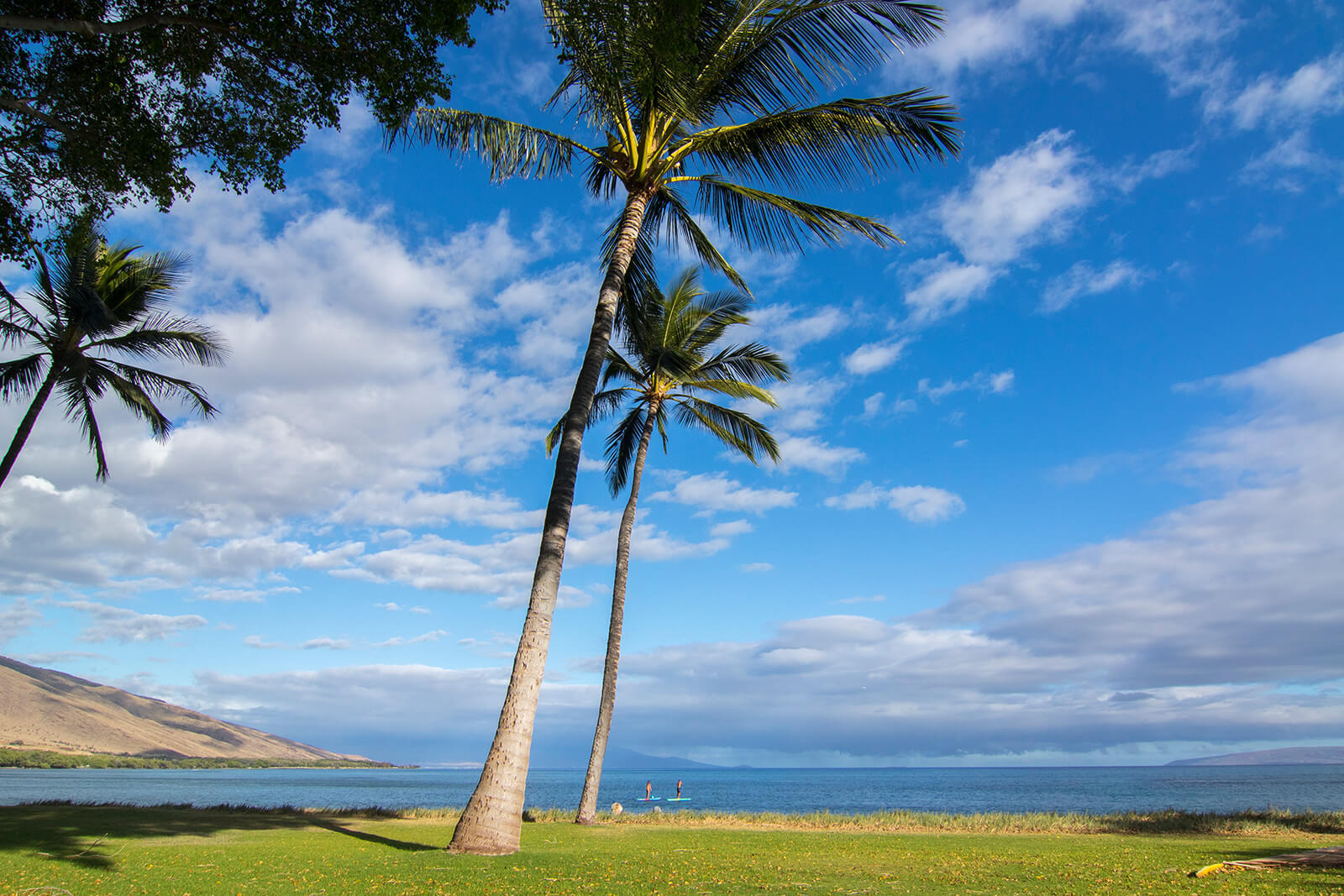